"MUSEUM EXHIBITS ARMENIAN ARTIFACTS A CENTURY AFTER RESCUE BY RUSSIANS" 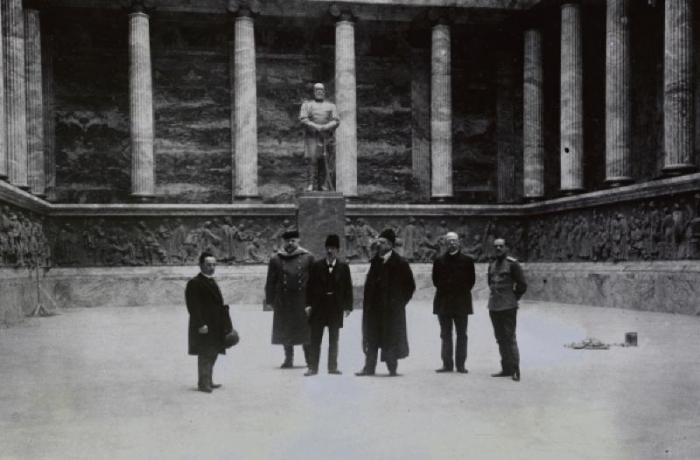 The following article by renowned Diasporan columnist Harut Sassounian appeared in the recent issue of the California Courier. Mr. Sassounian was one of the special guests at the inauguration ceremony of the Treasures of Armenia catalogue and exhibit in Saint Petersburg on April 27, 2015. As the publisher of the California Courier, a weekly paper in print since 1958, Mr. Sassounian's columns reflect critical developments in Armenia and the Diaspora.

On my way back from the Centennial events in Yerevan last week, I stopped in Saint Petersburg, Russia, to attend the inauguration of an unprecedented exhibit of Armenian artifacts rescued by Russian ethnographers from Western Armenia during the Genocide.
Here is the incredible background story of that unique exhibit. In 1916, during the Russian military campaign which temporarily liberated Western Armenia from Ottoman Turkey, Saint Petersburg's Russian Museum of Ethnography sought Czar Nicholas II's permission to dispatch a scholarly expedition to the Van area to collect Armenian artifacts from imminent loss. The Czar gave immediate consent in his handwriting: "Approve. Need to hurry."
A small team of ethnographers led by Alexander Miller arrived in Van on June 10, 1916, after a lengthy and perilous journey. During their two-week stay, they managed to purchase from local inhabitants a total of 513 objects: 396 Armenian, 110 Assyrian, 5 Kurdish, and 2 Turkish. The artifacts included traditional Armenian costumes, jewelry, and carpets from the City of Van, the towns of Alur, Bitlis, Moks, Mush, Shatakh, and neighboring villages. During their visit, the scholars took 60 photographs of natural landscapes, historical monuments, buildings, and some residents. All of these materials were hauled back to Saint Petersburg under the protection of the Russian military.
Surprisingly, these painstakingly-collected cultural objects remained in the Russian museum's basement for 100 years and were never displayed! No one seemed to remember their existence, until two years ago, when Armenia's Consul General Vardan Hakopyan in Saint Petersburg learned about these artifacts and informed the authorities in Armenia, local community leaders, and the Armenian Jewelry Association.
After extensive joint efforts between the Armenian Jewelers Foundation and the Russian Museum of Ethnography, the items that were kept in storage for a century were finally put on display in Saint Petersburg last week. The Jewelers Foundation and the Russian Museum published an impressive catalog titled, "Treasures of Western Armenia," which showcased the artifacts collected from the region of Van in 1916, before its recapture and genocidal destruction by Ottoman Turkish forces.
The exhibit was officially opened on April 27, 2015, at the Russian Museum of Ethnography. It was attended by Vigen Sargsyan, the Armenian President's Chief of Staff, Olga Kazanskaya, Vice Governor of Saint Petersburg, Vladimir Grusman, Director of Russian Museum of Ethnography, Pierre Akkelian, Chairman of Armenian Jewelers Foundation, Gagik Gevorkyan, President of Armenian Jewelry Association, and Karen Mkrtchyan, the Armenian community leader of Saint Petersburg.
Not surprisingly, after it became known that the Museum of Ethnography had in its possession valuable artifacts from the Van region, the Consulate of Turkey in Saint Petersburg contacted the Museum claiming that these items are the property of the Turkish Republic and sought their return. The Museum's leadership rejected the Turkish request as the objects were purchased from their owners in 1916.
It is ironic that Turkish diplomats had the audacity to request these Armenian artifacts, after having killed their owners, burned their homes, and stolen their possessions! One would hope that the Turkish government would be foolish enough to go ahead and file a lawsuit against the Russian Museum, trying to claim these items. Such a lawsuit would further publicize Turkish responsibility for the Armenian Genocide, the looting of Armenian cultural objects, and occupation of their ancestral homeland!
One hundred years later, another expedition should be dispatched to Turkish museums and libraries to locate and recover all Armenian artifacts, manuscripts and other valuable items plundered during the Genocide. Lawsuits should be filed against all Turkish institutions holding such Armenian materials. If local Turkish courts reject the demand, Armenians should then appeal to the European Court of Human Rights in order to recover these long lost and precious fragments of Armenian cultural heritage. Such a legal effort would be yet another means of seeking restitution for the massive Genocide-era losses suffered by Armenians a century ago!
The Russian Museum's remarkable exhibit should go on tour to Armenian communities around the world: Athens, Beirut, Berlin, Boston, Buenos Aires, London, Los Angeles, Montreal, Moscow, New York, Paris, Tehran, Toronto, San Francisco, San Paulo, Sydney, Yerevan and many other cities. Let the world see a small sampling of the vast quantities of valuable cultural artifacts that the Armenian nation lost during the Genocide in addition to the 1.5 million human souls. 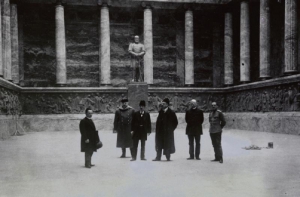 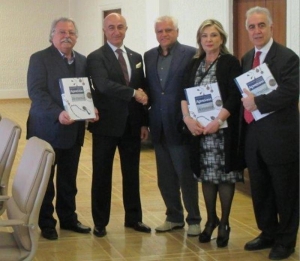